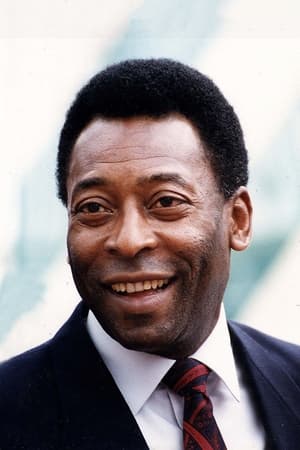 Edison "Edson" Arantes do Nascimento   KBE (born 21 or 23 October 1940 ), best known by his nickname Pelé is a retired Brazilian footballer. He is widely regarded among football historians, former players and fans to be one of the greatest football players of all time.  In 1999, he was voted as the Football Player of the Century by the IFFHS International Federation of Football History and Statistics. In the same year French weekly magazine France-Football consulted their former "Ballon D'Or" winners to elect the Football Player of the Century. Pelé came in first position. In 1999 the International Olympic Committee named Pelé the "Athlete of the Century". In his career he scored 760 official goals, 541 in league championships, making him the top scorer of all time. In total Pelé scored 1281 goals in 1363 games. In his native Brazil, Pelé is hailed as a national hero. He is known for his accomplishments and contributions to the game of football.[19] He is also acknowledged for his vocal support of policies to improve the social conditions of the poor (when he scored his 1,000th goal he dedicated it to the poor children of Brazil). During his career, he became known as "The King of Football" (O Rei do Futebol), "The King Pelé" (O Rei Pelé) or simply "The King" (O Rei). Spotted by football star Waldemar de Brito, Pelé began playing for Santos at 15 and his national team at 16, and won his first World Cup at 17. Despite numerous offers from European clubs, the economic conditions and Brazilian football regulations at the time benefited Santos, thus enabling them to keep Pelé for almost two decades until 1974. With Pelé within their ranks, Santos reach their zenith by winning the 1962 and 1963 Copa Libertadores, the most prestigious club competition in South American football.Pelé played as an inside second forward, also known as a playmaker. Pelé's technique and natural athleticism have been universally praised and during his playing years he was renowned for his excellent dribbling and passing, his pace, powerful shot, exceptional heading ability, and prolific goalscoring. He is the all-time leading scorer of the Brazil national football team and is the only footballer to be a part of three World Cup-winning squads. In 1962 he was on the Brazilian squad at the start of the World Cup but because of an injury suffered in the second match, he was not able to play the remainder of the tournament. In November 2007 FIFA announced that he would be awarded the 1962 medal retroactively, making him the only player in the world to have three World Cup winning medals. Since his retirement in 1977, Pelé has been a worldwide ambassador for football and has undertaken various acting roles and commercial ventures. He is currently the Honorary President of the New York Cosmos.

Once in a Lifetime: The Extraordinary Story of the New York Cosmos

When the World Watched: Brazil 1970

In Search of Greatness

The Art of Football from A to Z

Born To Be Blind

Simonal: No One Knows How Tough It Was

Sergio Mendes: In The Key of Joy

Pelé: Birth of a Legend