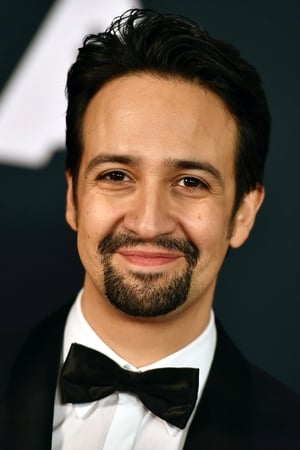 Lin-Manuel Miranda (born January 16, 1980) is an American composer, lyricist, playwright, and actor best known for creating and starring in the Broadway musicals Hamilton and In the Heights. He co-wrote the songs for Disney's Moana soundtrack (2016) and starred in their recent film, Mary Poppins Returns. Miranda's awards include a Pulitzer Prize, two Grammy Awards, an Emmy Award, a MacArthur Fellowship, and three Tony Awards. Miranda wrote the music and lyrics for the musical In the Heights, which premiered on Broadway in 2008. For this work, he won the 2008 Tony Award for Best Original Score, the show's cast album won the 2009 Grammy Award for Best Musical Theater Album and the show won the Tony Award for Best Musical. Miranda was also nominated for the Tony Award for Best Actor in a Musical for his performance in the show's lead role. Miranda prepared Spanish translations used in the 2009 Broadway production of West Side Story and was co-composer and lyricist for Bring It On the Musical, which played on Broadway in 2012. His television work includes recurring roles on The Electric Company (2009–2010) and Do No Harm (2013). He hosted Saturday Night Live in 2016. Among other film work, Miranda contributed music and vocals for a scene in Star Wars: The Force Awakens (2016). Miranda also wrote the book, music and lyrics for another Broadway musical, Hamilton. The show earned the 2016 Pulitzer Prize for Drama, the 2016 Grammy Award for Best Musical Theater Album, and was nominated for a record-setting 16 Tony Awards, of which it won 11, including Best Musical, Best Original Score and Best Book. For his performance in the lead role of Alexander Hamilton, Miranda was nominated for another Tony Award for Best Actor in a Musical. The Hamilton cast recording spent ten weeks atop Billboard's Top Rap Albums chart in 2015, while The Hamilton Mixtape, an album of covers of songs from the musical, developed by and featuring Miranda, reached number one on the Billboard 200 upon release in December 2016.

Crossing the Line to Broadway

Hamilton: One Shot to Broadway

Britney: For the Record

We Are Freestyle Love Supreme

In the Heights: Chasing Broadway Dreams

Mary Poppins Returns: Behind the Magic

Hamilton: History Has Its Eyes On You

An Evening with Alan Menken

Rita Moreno: Just a Girl Who Decided to Go For It

This American Life: Live at BAM

Fiddler: A Miracle of Miracles

My Favorite Shapes by Julio Torres

Salman Rushdie: Death on a Trail

The Odd Life of Timothy Green

Take Me to the World: A Sondheim 90th Birthday Celebration

A West Wing Special to Benefit When We All Vote

Star Wars: The Rise of Skywalker